“Not all light is good. There is negative light, that can cast bad shadows.” 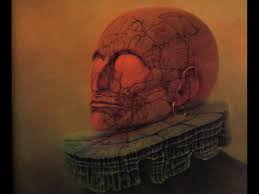 She locked the room and started changing her clothes. She was definitely running late today. Her father was going to kill her. Suddenly, there was a shrewd cry somewhere. She jumped at the sound and went to look outside in the window. Zephyr was strong, as if Boreas was angry at the world.

Her windows were crackling. She looked around as she searched for the source of it all. That’s when she saw it. A man with a fire torch and a truck in front of him where he had tied a (……what?) baby with a rope and on the other far end was a lady crying out for help. She stood there horrified as the man lit the baby on fire while the lady falls to her knees shrieking in pain.
Unable to process everything, she ran to her father and hysteria took over her. She explained him in bits what happened and took him to the balcony to show him. But……..It was all silent; there was nothing but a silently screaming fallow land.

It’s late in the afternoon. Two days has passed since the incident. She was looking outside the balcony, still a little lost. That’s when she saw him. The same guy. He was just next door and was smiling at her. Fear crippled every single atom in her. She pretended as if she doesn’t recognise him and smiles back; then goes inside as if it was casual. Once inside, she runs to her brother and accords him of the situation. The only person on this planet she knew that would believe her story. Just looking at him calmed her a bit.

Her brother left for work. She went back to her room and found that he was sitting there. Apparently he had jumped in to her room. The same feeling again. This time she was a little braver. She smiled at him and made a conversation.
A few days passed but her anxiety did not go away. He kept coming to her room.

Many years have passed. He now is her shadow. The hallucinatory beauty of the man, only her brother knew all about.

A bumpy ride from Hauz Khas to IIMC

Love Spiritualism and Philosophy. Hobbies include: painting, dancing, travelling, Reading (anything I can get my hands on), science, writing, music (obviously) singing, and social work. Feel free to talk to me about any random thing that comes to your mind! Cheers!

Why You’re Where I’m Not.