The vast amounts of stigma thrust upon people who identify as lesbian, gay, bisexual, transgender, or queer, causes immense amounts of hurt. In a world where people are made to feel like aberrations, to the point where death is preferable to life, it is imperative to openly voice solidarity and support, to speak up against marginalization due to sexual orientation, and discrimination due to lifestyle.

The Trevor Project was started in 1998, by Randy Stone, Peggy Rajski and James Lecesne. Inspired by an Academy Award-winning short film the three of them had created in 1994, titled Trevor, about a thirteen year old boy who attempts to commit suicide when he is rejected by his peers because he is gay, the creators of the movie realized that entertaining film aside, there most certainly existed a significant amount of adolescents who go through similar experiences in real life, and the absence of hotlines for youth like Trevor (the title character) was a gap that sorely needed filling. Stemming from this, in 1998, on the night Trevor was scheduled to air on HBO, Stone, Rajski and Lecesne established The Trevor Lifeline, the first crisis intervention hotline for lesbian, gay, bisexual, transgender and queer youth.

Operating 24/7 in the United States, and having expanded to TrevorSpace, TrevorChat, Ask Trevor, TrevorText and Trevor Education, Trevor has aided thousands of adolescents by making hope, compassion, judgement-free advice and support from trained counselors a phone call or an IM away. TrevorSpace is a social networking site for people between the ages of thirteen and twenty four, identifying as LGBTQ, or even simply their friends, for both resources and communication. TrevorChat is a confidential instant messaging service designed to provide live help to youth in need. TrevorText is a confidential texting service for crisis intervetion. Ask Trevor is an online query base designed to provide answers about gender, sexual orientation, and gender identity, among other things. Trevor Education conducts workshops and training for people of all ages for suicide prevention. The Trevor Project has been supported by a large number of celebrities, organizations, and businesses in its fifteen years, and is striving towards a day where homosexuality will not attract negativity enough to end lives.

Statistics show us that the rates of attempting or contemplating suicide is higher in LGBTQ youth than in the general population. This derives from the heterosexism, homophobia and prejudice prevalent in cultures all around the world. The lack of acceptance and active alienation found in schools, where children can sometimes be more cruel than adults, and where support systems are often unavailable, is one of many factors that leads to thirty percent of the LGBTQ student community attempting suicide at one time or another.

Related to the Trevor Project, the It Gets Better Project is an internet-project, started with a video by Dan Savage in September 2010, in the wake of a series of suicides, and features both straight and openly gay adults assuring conflicted teenagers that their lives will get better, even if it they can’t see it themselves just now. Currently sporting more than fifty thousand videos from everyone from Google to Barack Obama to Cornell University to Anne Hathaway to Desmond Tutu to the armed forces of different countries, It Gets Better aims at reducing the rates of teenaged LGBTQ suicides, and helping in the creation of a world of equality. 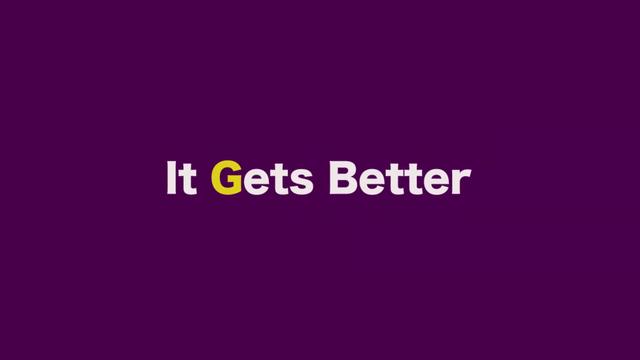 It’s a place to go to to be reminded that you are beautiful, you are loved, you are valued, you deserve happiness, and all this will pass, and life will get better – should you ever let yourself forget.

A while ago, after much deliberation, I had resigned myself with a despondent sort of certainty, to writing about Google in a garage (the brainchild of Sergey Brin and Larry Page, Ph.D. students at Stanford University; originally called BackRub; the most widely used search engine; a revenue of US$ 59.82 billion last year; due to take over the world any day now) this week. Rather, I discovered completely by chance, that the definition of the term “business” includes nonprofit organizations, and after consulting my go-to business studies major friend, I got to work without further ado to train the spotlight onto two (one experienced, the other a fledgling) nonprofit businesses that are trying (and slowly succeeding) to make the world a better place. The honor was absolutely all mine.