From almost forever, dance and music have been an integral part of Bollywood. This attribute of the B-films can easily be termed as their life and blood. Recent years have seen a remarkable change in the pattern of dance moves and music composition as compared to what it was 20-30 years back. The earlier running behind the trees and joyfully riding bicycles have been replaced by swaggering and gyrating sensual ladies wrapping arms around men with speedy motorbikes and gorgeous cars. They groove on the dance floor and enjoy loud music which basically explore genres such as rap, pop, indie etc. We even have desi masala numbers, sufi and qawwali. All in all it has been an astonishing yet appreciable change of style which is undeniably enjoyed by the youth and secretly admired by the older generation.

Water has always been around in Bollywood masala songs in form of rain or holi.But recent years have seen a lot of pool and beach parties.With the likes of Party on my mind , Sunny Sunny, Tumhi Ho Bandhu etc. which are hard-core dance numbers ,we also have romantic gestures being displayed with sea on the background,for example Khuda Jaane, Beintehaa and the latest sensation Meherbaan from Bang Bang.

Qawwali is a form of Sufi devotional music but has been used widely in mainstream cinema as a source to woo the heroine. Unlike old times where we had authentic styles, originally performed mainly at Sufi shrines or dargahs, we now see women in fancy ghagras, performing the song. The typical form of qawwali has been given a modern day twist by converting it into Bollywood item numbers-Dil mera muft ka,tum se milke dil ka hai jo haal etc.

Filmi devotional songs (or filmi bhajans) are devotional songs from Hindi movies, or Hindi songs composed to be sung using the melody in a popular filmi song. While most of these songs relate to Hinduism, often many of the devotional songs are general, and can prove acceptable to followers of other faiths as well. Some of the songs are finely crafted spiritual hymns-Man Tadapat Hari Darshan Ko Aaj. Recent times have seen the expression of love, fun and enjoyment in God’s name in songs like Raghupati Raghav Raja Ram, Ram chahe leela etc. The songs composed for Ganesh Chaturthi have been regarded as dance numbers. 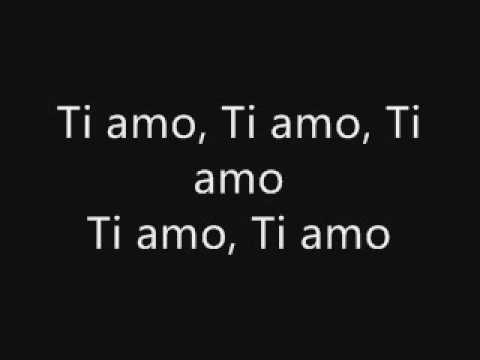 Bollywood lyricists have their own, unique way of expressing emotions like love. There were times when romantic songs were remembered for their poetic and heart-warming words – ‘Mera Dil Bhi Kitna Pagal Hai’, ‘Waqt Ne Kiya Kya Haseen Sitam’, ‘Tere Mere Sapne Ab Ek Rang Hain’ to name a few. But, Bollywood has come a long way since. While the definition of love hasn’t changed much, the way in which it is expressed in Bollywood numbers certainly has. Nowadays too, songs are ‘memorable’ for their weird but catchy lyrics like ‘Saree Ke Fall Sa’ and ‘Badtameez Dil’. The fun lies in this new form of writing that compare love to bizarre things like ‘mirchi’, ‘samosa’, ‘aloo’ and much more.

Much earlier,Kashmir,Uttarakhand used to be the abode of indoor shooting, then Europe became the prime location for outdoor film and song shooting but recent times have seen a shift of interest. Swiss Alps and Trafalgar Square have made way for Masai Mara, Tangier and Trinity College in Bollywood films.Filmmakers want to push the geographical boundaries to create an exotic feel. Countries like Cuba, Ireland and Turkey have spectacular layers of culture and there are plenty of opportunities for picturesque backdrops. Ek Main aur Ekk Tu title track, Laapata etc. are a few examples.

With the moves of salsa, samba and tango taking place of bharatnatyam and kathak, Bollywood is moving towards Globalization. Over the past few decades, Bollywood films have become their own distinct entity, given rise to a new variation of a genre of dance, and have developed into a globally recognized and appreciated phenomenon. In modern films, Indian dance elements often blend with Western dance styles (as seen on MTV or in Broadway musicals). Acrobatic dance style, hip-hop, lock and pop are also some of the popular dance forms evident in Kamli, Main aisa kyun hoon etc. 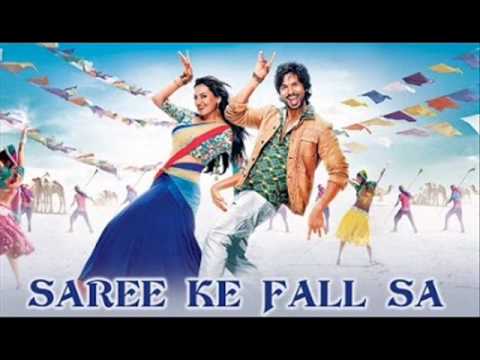 Bollywood has not failed in showing ‘unity in diversity’ as its music and compositions have never restricted themselves to any one language. Hence, the composers experimented with introducing different Indian languages along with Hindi to make a song relatable. This is the story of gone days, the new trend being the use of lesser known foreign language, English and Hindi in one song, example of which is Te Amo from Dum Maaro Dum.Kaho na Kaho from Murder has a bilingual content(Arabic and Hindi). The use of Hindi and English together in a song has become rampant.

Current Bollywood is replete with old melodies rejuvenated through the insertion of jazz and pop music.Be it Khoya Khoya Chand, Gulabi Ankhen or Aaj phir tum pe, the songs have been made rhapsodic and groovy while retaining their old world charm.These remixes are a part of the Indian Pop music.

Stars such as Kishore Kumar, K. L. Saigal, Suraiyya, and Noor Jehan were known as both singers and actors.The years 1970-80 however lacked this system.The revival of this trend has been seen in recent times,with increasing number of actors involving themselves in singing like Salman Khan, Hrithik Roshan, Shraddha Kapoor, Alia Bhatt to name a few. Examples can be given of Hangover, Senorita, Galliyan and Samjhawan. 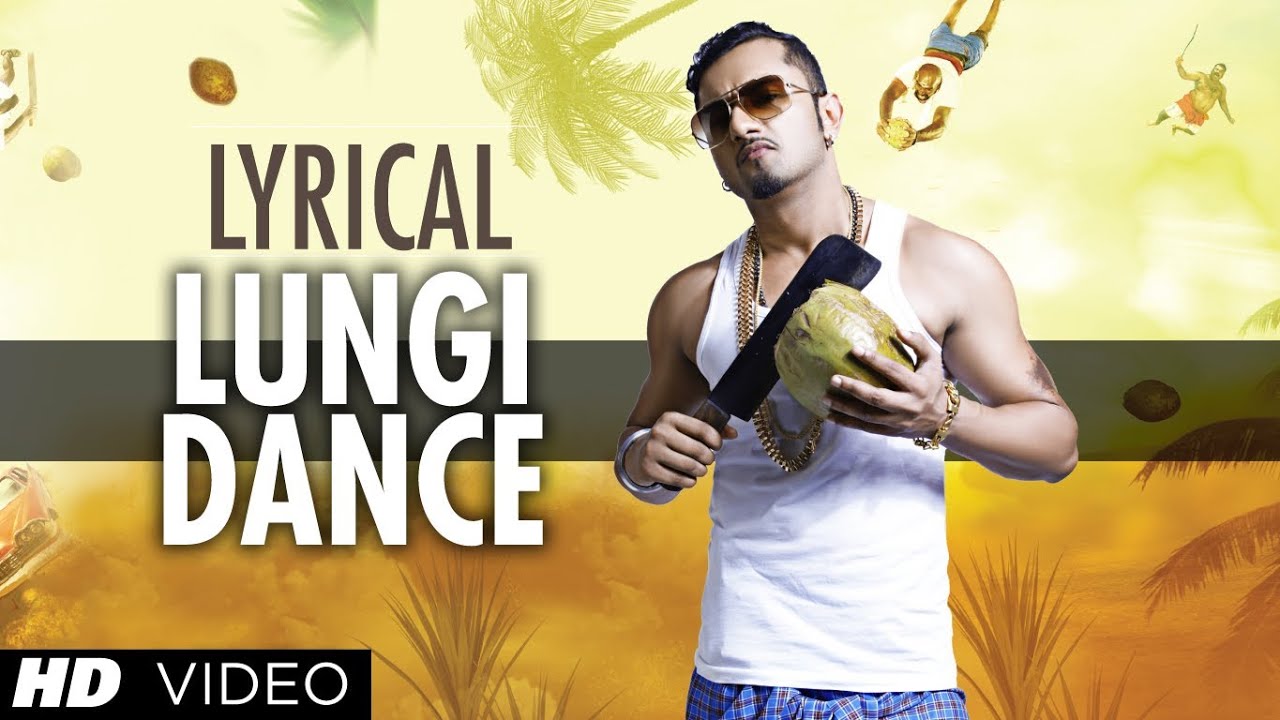 Punjabi is widely becoming the most popular regional language in mainstream Bollywood songs. Currently,one the most prominent proponents of this trend is more obviously Honey Singh. He has been widely popular in Bollywood film music these days for composing songs in films such as Mere Dad Ki Maruti, Bajatey Raho, Chennai Express & Boss. Just like the typical South Indian dosa has been customized to tickle Punjabi taste-buds, similarly, Bollywood is also cashing in on Punjabi songs which were already popular among masses up North. Such songs are being modified for a more eclectic audience, which not only enhances the success of the film’s music but also draws a large number of viewers to theaters. Many hit Punjabi songs from popular albums that have been around for decades are making a sudden comeback thanks to their global reach.

“The true treasure lies within. It is the underlying theme of the songs we sing, the shows we watch and the books we read. It is woven into the Psalms of the Bible, the ballads of the Beatles and practically every Bollywood film ever made. What is that treasure? Love. Love is the nature of the Divine.”- Radhanath Swami. So, do not detest your own thing. Try to find out what is good in it and welcome change. Move beyond the stereotypical thought of Bollywood being very kitsch with just songs and dances, over the top and colorful. India is changing and so is Bollywood in every good sense.

I am actually shy to talk about myself.