A few mortals amongst us chose to strive to excellence and perfection from a very young age. These mortals decide their goal well in advance of their peers and hold the rare honor of representing their nation.

Sportsmanship is a form of art which allows sports-persons to combine skill, energy and talent by playing a sport. A unique synergy between the mind and the body to perfect an action. However, there is always a bad fish that pollutes the lake. Here are a few examples for sports persons who played it the wrong way:

Between 1999 and 2005, this cyclist stole the spotlight- Lance Amstrong. He started his career as a tri-athlete at the age of 16. He climbed his way up and he knew success wasn’t far. He started cycling from 1996 and the rest was history. There was something more than his winning streak that took him to the headlines- testicular cancer. He had been diagnosed with testicular cancer in October of 1996. 2011 and 2012 were not very happy years for Lance. Investigations were going on whether he was doping. He was issued a lifetime ban on August 24th 2012 by the United States Anti-Ddoping Agence(USADA). His medals were stripped after he confessed to have consumed performance-enhancing drugs on January 2013 during a TV interview with Oprah Winfrey.

According to the Golf pro Tiger Woods, all it took was a pair of clean hands, good eyesight and a nice swing to win the tour and stay at the top. Even though Tiger( nickname) did not cheat his play, he crossed his morals in his personal life. He was indulged in extramarital affairs. He had accepted to his actions and apologized to the people he believed in. Absence of peace in his personal life affected Wood’s professional life. It is debatable whether personal life and professional life need to be linked to a player’s performance. But it surely did in this case. Character matters.

Speculated to be the best all rounding cricketer of his era, Andrew Symonds was a part of 2 time world cup winning side. Known as ‘Roy’ by his team mates, he was the all-in-one package Australia needed. He was an excellent middle order batsman, a dangerous part-time spin bowler who also showed variations in medium pace and a feisty fielder. Symonds was a very reliable trump card during play. It was his habit of alcoholism and bad behavior which led to his downfall. His national contract was withdrawn and he was sent home. This was a good example to the world that talent is secondary, discipline, dedication and clean habits are primary. 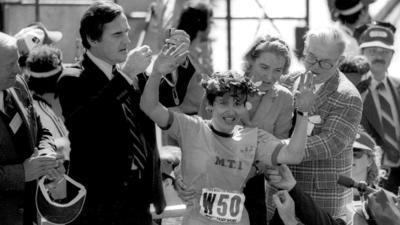 There are no shortcuts to success. Victory has to be earned. Rosie Ruiz taught the whole world by actually ‘running’ marathons. After winning the female category of the 84th Boston Marathon in 1980, it was discovered that she cheated the book and touched the victory line. Advancements in judging and observation were made- video surveillance and Radio Frequency Identification( RFID) technology was introduced. Of course, Rosie’s medal was stripped.

Dope, Alcoholism, bad behavior, extramarital affairs and unethical actions can lead to the end of a sports person’s career. But these are not the only means to go off-track. Other parameters like consistency and adaptation also measure the skill and capacity of a sports person. It is nice to play, but important to adhere to rules and regulations and play nice.

MANCHESTER UNITED – All the Way!!